Sex workers, like all other workers, ought to be able to work regular hours, have a pension, get time off when they are ill, be safe and healthy at work, and not be exploited. When they want to change careers and do something else, the fact that they have been a sex worker should not be stigmatised, as this will prevent them from choosing a different career.

But all too often, because sex work exists in the interstices between the legal and the illegal, due to the prudish attitudes promulgated by conservative Christians, sex workers are denied these basic rights of all workers, and they are exploited by unscrupulous criminals.

Trafficking is clearly wrong, and the exploitation of migrants and the the vulnerable should be stopped. But trafficking and sex work are not synonymous. Some people choose to make a living in this way, and as long as it is a freely chosen career, then that shouldn’t be a problem.

That’s why I agree with the assertion that sex work is work.

The extent to which sacred prostitution has existed over time is disputed. It was not part of Canaanite religion [1], despite claims to the contrary [2].

However, it seems that it does exist in Hinduism, in the cult of Yellamma. The meaning of this cult is highly disputed, but women do offer sexual intercourse to strangers as part of the rituals, and some have characterised it as prostitution and even sex slavery. The status of female devotees of Yellamma is also disputed, and may have been adversely affected by the introduction of Western codes of morality.

Some contemporary Pagans have tried to reintroduce sacred sex work in various forms, for example reintroducing people to the sacred nature of sexual intimacy and touch. These efforts are to be applauded, but we must take care that being sex-positive doesn’t turn into being sex-pressuring, as Shauna Aura Knight points out:

Whatever the nature of ancient rituals involving sexual intercourse, I believe that we should focus on enthusiastic consent to sex and intimacy in all contexts. If enthusiastic consent is absent, then there’s something wrong. Consensual intimacy and sexual pleasure are known to be healing and helpful, and whatever is healing and helpful is sacred. If money is involved in the situation, that makes it a bit more complicated, but it doesn’t invalidate the consent. 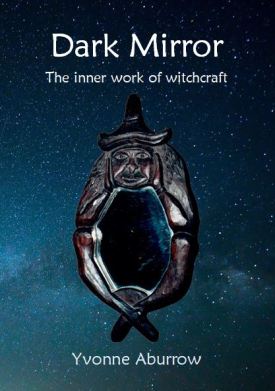 One thought on “Rethinking Sacred Prostitution”