The concept of being an ally has become increasingly contested as everyone who is white, straight, and cisgender wants to opt out of the responsibility of complicity with oppression.

So here are a few rules for when you want to talk about working to end oppression.

Rule 1. Don’t wave your “ally” card as if it entitled you to something.
By all means deconstruct the concept of being an ally, and critique those who use it as some sort of entitlement card – but don’t claim to be an ally.

Rule 2. You don’t get to call yourself an ally.
Only marginalized people get to decide who is an ally, and who is just an attention-seeker. It has also been suggested that allies are not helpful – what is needed is accomplices.   I don’t call myself an ally. I am against oppression of marginalized groups. I hope my efforts are useful, but know that they are puny. I’m an anti-racist (but recognize that I have probably absorbed some problematic stuff from the surrounding culture, and I am working on that).

Rule 3. The true ally / accomplice places the people they are trying to help at the centre, not themselves & their writing career
Yes, looking at you, Joseph Boyden. Find out more: read 10 Reasons Why Joseph Boyden is a Problem and Should Go Away  by Shadyhfz.

Rule 4. Being an “ally” doesn’t mean you become one of the people you are trying to help (unless they invite you to be part of their group)
Many groups can’t invite people to join because you’re either born into them, or not. For example, I am not Black – you can only be born Black, you can’t become Black – yes Rachel Dolezal we’re all giving you the side-eye. You’re either somewhere on the LGBT spectrum, or you’re not. You’re either immersed in, involved in, and accountable to a culture, or you’re not. If you’re not accountable, you don’t get to speak for them (invaluable insight from the article by Shadyhfz).

Rule 5. Pass the microphone.
To the extent that I centre my needs / guilt / writing / whatever in the conversation, I fail at being helpful. Black lives are more important than white feelings.

Rule 6. Being an ally doesn’t give you a free pass to say problematic things about marginalized groups.
That one dodgy joke you made will not be seen in the context of all the other stuff you did that was OK; that’s not how the internet works. Each tweet, blogpost, public Facebook post, even really ancient forum comments from the dawn of the internet age … they can all come back to haunt you; they can all be found via Google Search.

Check out this article by Jamie Utt, Things Allies Need To Know.

Rule 7. Never pass off other people’s insights as your own.
I learned all of the things I have written here by reading articles written by Black people, indigenous people, disabled people, and LGBT people. (Usual disclaimer: any errors are my own, etc)

Rule 8. (I’m bad at this) Never assume you know the full extent of someone else’s experience of oppression.
You haven’t lived in their shoes, or even walked a mile in their shoes. Why would you want to steal their shoes anyway? Get your own damn shoes.

Rule 10. Educate yourself as much as possible.
If you don’t understand something, Google it. Only ask if you really really still don’t get it. Marginalized people are busy fighting off oppression; they don’t need “allies” pestering them about the meaning of this or that. The other day someone on Facebook asked me what non-binary and genderqueer mean. I replied with the standard definition, found via Google. They said “I want to know what you mean by it”.  I mean the same as everyone else does. That’s how words work. What’s more, I am not going to tell someone I hardly know about the experiences that led me to identify as genderqueer. It’s personal.

All of the above assumes there are some things you already know, like:

The one rule to rule them all

I have undoubtedly missed a few rules from this list, but the one rule to rule them all is, “Don’t be a douchebag”.

I have undoubtedly missed a few rules from this list, but the one rule to rule them all is, “Don’t be a douchebag”.https://t.co/NWvMJON1wM

Check out this amazing video from Chescaleigh Ramsey on how to be an ally.

check out this amazing video from Chescaleigh Ramsey on how to be an ally. https://t.co/yw8HMxDw6L

and this great article on how being an ally doesn’t give you a free pass to be a douchecanoehttps://t.co/Ixp7PwE9Cm

and this excellent article by Mia McKenzie on how being an “ally” is not supposed to be a performance https://t.co/ssDQGLKL5g

Thread on being an “ally”, with reference to #josephboyden & similar issues https://t.co/goPBdvPoGc 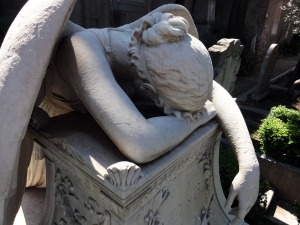