I don’t know how to write this in a way that will convince you if you’re an opponent of gun control. But I have to write something.

There have been eighteen mass shootings in the USA this year already, and it’s only February.

Whenever there’s a particularly awful mass shooting, I post about gun control on Facebook, and someone is sure to comment that it’s too soon to talk about gun control, or that I am politicising a tragedy, or I don’t understand because I’m British.

Yes, I do not understand the American obsession with the second amendment. I don’t understand why the right to own a gun is more important than the lives of the hundreds of thousands of victims of gun violence.

Approximately 1.4 million people have been killed using firearms in the U.S. between 1968 and 2011, equivalent to a top 10th largest U.S. city in 2016, falling between the populations of San Antonio and Dallas, Texas.[12]

Compared to 22 other high-income nations, the U.S. gun-related murder rate is 25 times higher.[13] Although it has half the population of the other 22 nations combined, the U.S. had 82 percent of all gun deaths, 90 percent of all women killed by guns, 91 percent of children under 14 and 92 percent of young people between ages 15 and 24 killed by guns.[13] In 2010, gun violence cost U.S. taxpayers approximately $516 million in direct hospital costs.[14]

In the UK, we have had three mass shootings in my lifetime (Hungerford in 1987, Dunblane in 1995, Cumbria in 2010). Both Hungerford and Dunblane resulted in an increase in gun control. Semi-automatic weapons were banned as a result of the Hungerford massacre:

The Firearms (Amendment) Act 1988 was passed in the wake of the [Hungerford] massacre, which bans the ownership of semi-automatic centre-fire rifles and restricts the use of shotguns with a capacity of more than three cartridges.

And hand-guns were banned as a result of the Dunblane massacre, after some public debate:

the Conservative government of John Major introduced the Firearms (Amendment) Act 1997, which banned all cartridge ammunition handguns with the exception of .22 calibre single-shot weapons in England, Scotland and Wales, but following the 1997 General Election, the Labour government of Tony Blair introduced the Firearms (Amendment) (No. 2) Act 1997, banning the remaining .22 cartridge handguns as well.[20] This left only muzzle-loading and historic handguns legal, as well as certain sporting handguns (e.g. “Long-Arms”) that fall outside the Home Office definition of a “handgun” because of their dimensions.

As a result of this legislation, you can still own guns for hunting. They have to be kept securely locked when not in use.

There were also the Cumbria shootings in 2010 (carried out with two legally held guns). The shooter went to a friend’s house to get a gun that he owned, but the friend’s wife did not have access to it, because it was locked away.

Admittedly the UK does not have a gun culture in the same way as the USA, so maybe it was easier to introduce stricter gun control. Nonetheless, we now have some of the strictest gun control laws in the world, and as a result, we have one of the lowest numbers of gun deaths. The gun massacres listed above are all the massacres that have been committed in the UK by private gun owners.

Australia had a gun massacre in Port Arthur, Tasmania, in 1996, where 35 people were killed, and as a result of this massacre, the Australian government introduced a scheme to buy back guns from owners:

Under federal government co-ordination, all states and territories of Australia restricted the legal ownership and use of self-loading rifles, self-loading shotguns, and tightened controls on their legal use by recreational shooters. The government initiated a mandatory “buy-back” scheme with the owners paid according to a table of valuations. Some 643,000 firearms were handed in at a cost of $350 million which was funded by a temporary increase in the Medicare levy which raised $500 million.[23] Media, activists, politicians and some family members of victims, notably Walter Mikac (who lost his wife and two children), spoke out in favour of the changes.

The list of massacres in Australia is appalling, but it is noticeable that there has been only one mass shooting since then, with 5 victims.

There have been a number of gun massacres in Canada as well (the most recent being the shooting by a white supremacist terrorist of six men in a Quebec mosque). Whilst the number of gun deaths in Canada is much lower than in the USA, it is higher than the numbers of comparable EU countries, according to Maclean’s:

In his 2016 book, The Way of the Gun, Iain Overton cautioned against comparing Canadian gun violence to U.S. gun violence. Certainly, when comparing ourselves to America, we seem fine—between 2009 and 2013, the United States had 56,000 gun homicides, while Canada had 977. But when comparing Canada to the 31 countries in the European Union, he wrote, Canada has the fourth-highest gun homicide rate—behind France, Germany, and Italy.

It is clear that whilst a lack of gun control is not the only factor in having a high gun death rate, it is a major factor (the other obvious factor is a breakdown in the rule of law). A list of gun deaths per 100,000 of the population by country shows that the USA has a very high rate among economically and politically comparable countries. Politifact explores more information about gun violence and mass shootings, including the amount spent by the NRA on lobbying.

Yes, it is possible for people to use other weapons (cars, knives, arson, even home-made guns and bombs), but you can do a lot less damage with a knife before being overpowered. There were a series of knife attacks on Chinese schools, but although there were injuries, far fewer people were killed than in mass shootings in the USA.

One of the reasons that mass shootings are so deadly in the USA is that it is really easy to obtain semi-automatic assault rifles (similar to the one used to murder 49 people in the Pulse shootings in Orlando). 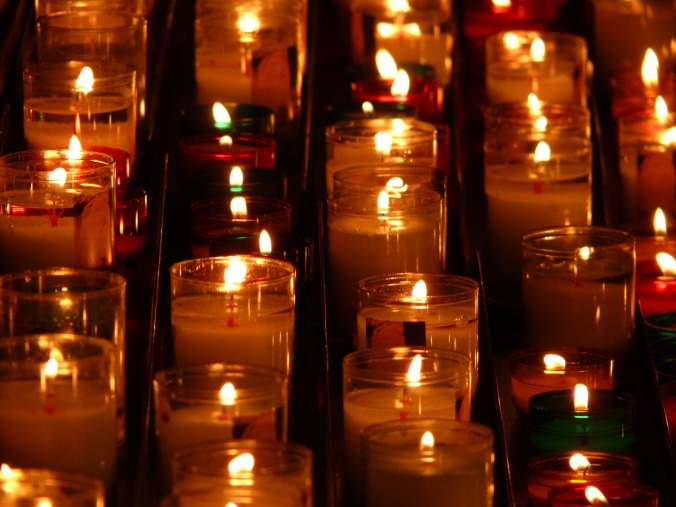 It is clear that countries with gun control, the rule of law, and a reasonable level of equality and prosperity are much less prone to death by gun violence.

That being the case, how can the USA move away from its deadly obsession with guns? There would need to be a huge political shift (which may be happening as a result of the lobbying efforts of the survivors of the Parkland shooting – check out the #NeverAgain hashtag on Twitter). There would need to be an amnesty for people to hand in illegal guns, or a government buy-back programme like the one in Australia. People who use guns for hunting could still have them, but they would need to be locked away when not in use (as is the case in the UK). At the very least, there would need to be a ban on semi-automatic weapons, and a proper firearm licensing programme. Individual US states with somewhat better gun laws do have a lower gun homicide rate (though unfortunately they are surrounded by states where it is easier to buy a gun).

The New York Daily News compiled a list of school shootings in the last 20 years. It is heartbreaking. Be sure to open the tweet thread to see the full list.

Time and time again, we collectively say #NeverAgain. But since Columbine, what’s changed?

Don’t let the victims of gun violence fade in your memory. https://t.co/tLQB1g7VXD pic.twitter.com/3cld7DaTG3

One thought on “Never again”