A totalising system is one that seeks to subsume all other paradigms within its paradigm, rather than accepting that other paradigms exist alongside it. It regards itself as a complete and universal system which can explain all experience and needs no supplemental systems.

A non-totalising or pluralist system recognises its particularity to its local culture and sees that different philosophies emerge out of different cultural contexts and local histories. A totalising system ignores local contexts or seeks to explain them through its paradigm.

A totalising system assumes that its style of religion / philosophy / theology / culture is best for all humanity, and it may seek to convert others or impose it on them; the most egregious example being Christianity (at least Islam recognises other religions of the book as valid, although it does seek converts). Ironically, atheism is also a totalising system when it assumes that all religion is wrong, or that all religion is the same, or that it is all literalist. Buddhism is also mostly a totalising system, in that it views itself as a potential overlay to other systems, but replaces their core beliefs with its own metaphysical and philosophical assumptions.

Wicca is not a totalising system. It does operate as a framework within which local folklore and stories and festivals may be inserted; but it doesn’t seek to impose itself on the whole world, or assume that everyone should be a Wiccan.

Judaism is not a totalising system because it views itself as a religion of a specific people; other peoples have their own religions.

Most Pagan traditions are not totalising systems because they view themselves as emerging from a specific cultural context (they are usually open to people from other cultures but they don’t seek converts), and they recognise that other perspectives are possible.

Pagan and occult traditions are usually compatible with each other because they are pluralistic, viewing themselves as one possible perspective on the world – not as the only valid perspective.

Whether a totalising system sees itself as an overlay on local autochthonous traditions, or a replacement for them, it is still largely incompatible with a worldview that says “this is my perspective, but other perspectives are possible”.

Hence, Pagan and occult traditions (e.g Freemasonry and Thelema) can be practiced alongside each other, and so can indigenous traditions (including Judaism, Taoism, Shinto, Hinduism, African traditional religions, First Nations religions): none of them seeks converts or regards itself as an universal system or explanation of how the world works.

Individuals (or even whole sub-traditions or denominations) who are members of a totalising system religion may have adopted the perspective of particularity, localism, and an acknowledgement of other possible world-views, but at a system level, these religions don’t recognise other paradigms as valid. They may permit some, most, or all of the cultural and spiritual practices of the autochthonous traditions that they have replaced or overlaid, but they regard the autochthonous religions’ theology as either subservient to that of the totalising system, or invalidated by it.

Individuals within pluralist religions might have adopted a totalising view; but at a system level, these religions are pluralist.

A member of a non-totalising or pluralist system is more likely to be able to practice dvoeverie or dual-mindedness, where they regard their two practices as equally valid paradigms, but different perspectives on reality. 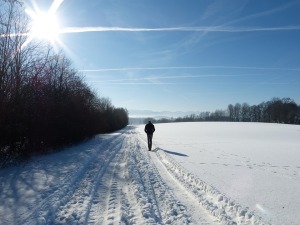