One of the rituals of inclusive Wicca is the two chalices ritual. This has evolved over a couple of decades to become something more than I originally envisaged, as is often the way with traditions, which are evolving and fluid. It started life as a ritual for women-loving-women, and evolved into a ritual for everyone, but retaining its original symbolism. 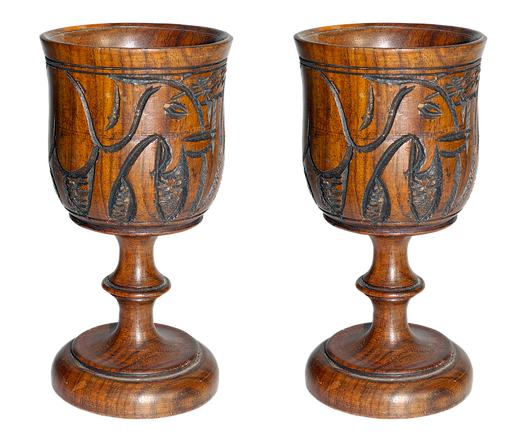 Back in 1995, I was asked to call a quarter and consecrate some cakes and wine with another person. The person I chose to do it with was a lesbian. (Regular readers of this blog will know that I am bisexual.) So we scratched our heads over the whole business with the athame and the chalice.

Some traditions give the athame to a woman in the rite of Cakes and Wine; others give it to a man. The athame is generally considered to be a masculine tool, and the chalice is generally considered to be feminine. If a woman holds the athame, it symbolizes the idea that everything contains its opposite, like the little dot of yang in the middle of the yin, and the little dot of yin in the middle of the yang. If a man holds the athame, it represents his masculine energy.

Temperance is almost invariably depicted as a person pouring liquid from one receptacle into another. Historically, this was a standard symbol of the virtue temperance, one of the cardinal virtues, representing the dilution of wine with water. In many decks, the person is a winged angel, usually female or androgynous, and stands with one foot on water and one foot on land.

The esoteric meanings of the Temperance card are about flow, balance, harmony, blending, and connection. Avia Venefica writes:

There is a lot of power in this card, and the “flow” is the source of that power. The Temperance card is a call for us to recognize the flow in our own lives, and observe the nature of energy. When we pull this card in a reading it is an indication that a healing is in need or is taking place.

It was some time before I was able to try out consecrating wine with two cups in a Wiccan circle; I think the first time was around 2002. After that I did it a few times whenever I was working magic with another woman.

The breakthrough came in 2015, when I shared the ritual with a group of LGBTQIA+ Wiccans at a workshop. We started by pouring a full cup of wine into an empty cup; and then someone had the idea of passing the now empty cup to the next person in the circle, and filling it again. And then someone came up with the beautiful words, “I fill your cup with love”. It didn’t matter who the next person was, you just filled their cup with a blessing.

The ritual came to life and developed because it was shared with a group of people.

If you use this ritual in your own circles and covens, please tell the story of how it came about, and emphasize that it was developed by a community of LGBTQIA+ Wiccans.

If you enjoyed this post, you might enjoy my books, Dark Mirror: the inner work of witchcraft and The Night Journey: witchcraft as transformation. 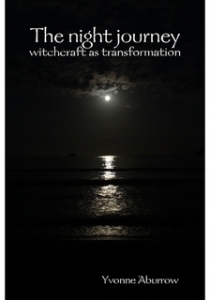 The night journey: witchcraft as transformation

11 thoughts on “The Two Chalices Ritual”