Some of my favourite places in Oxford, UK, where I lived for seven years.

All-vegetarian and vegan pub, the Gardeners’ Arms on Plantation Road, and the landlord is into steampunk.

Not to be confused with the other Gardeners’ Arms, in North Parade, which is also a nice pub, but doesn’t do food. The Rose and Crown on North Parade is very friendly. 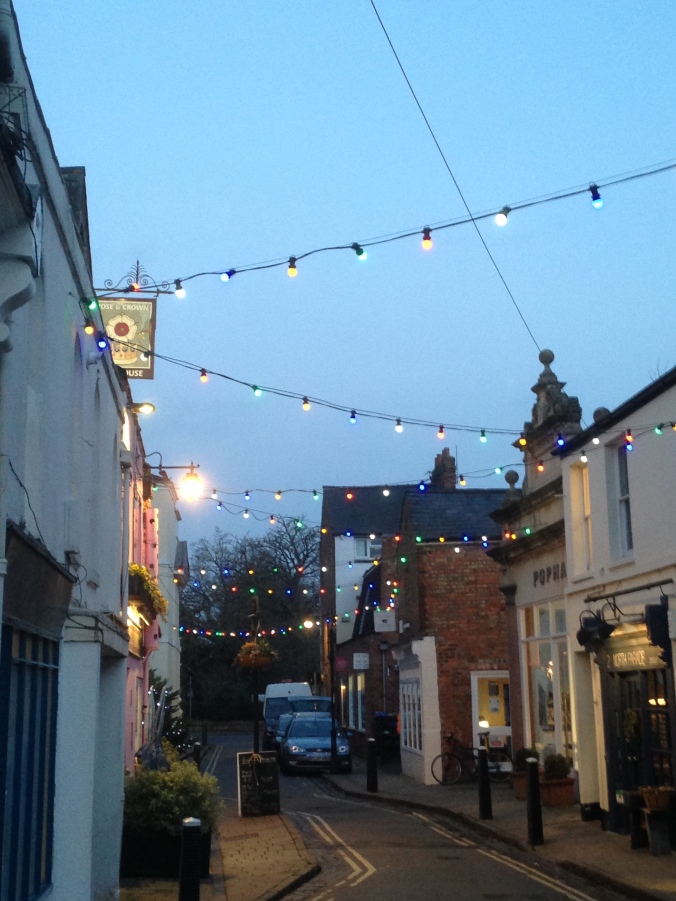 The two golden fauns in St Mary’s Passage (which may have inspired the character of Mr Tumnus).

The Bear, which is the one of the oldest pubs in England, founded 1272. The landlord has a collection of ties severed from unruly gentlemen.

The Turf, fantastic quirky ramshackle pub, down the alley where Jane Morris (née Burden) was born. Also near Haley’s house, as in Haley’s comet. It’s also where Bill Clinton didn’t inhale. The Turf was originally outside the city walls and was a gambling den, hence the name.

St Giles’ church has a maze in the graveyard and just opposite there’s the Oratory, a Catholic Church opened in 1870. Oscar Wilde attended the opening and JRR Tolkien went to church there.

View of St Giles at sunset

The Eagle and Child pub, known locally as the Bird and Baby, where Tolkien, Lewis, and the other Inklings would meet and read their work to each other. The Rabbit Room commemorates their meetings.

After a while, they moved across the road to the Lamb and Flag, which has great beer but somehow lacks atmosphere.

Tolkien and his wife Edith are buried in Wolvercote cemetery. CS Lewis is buried in Trinity Churchyard in Headington and they have a wonderful etched glass Narnia window. Nearby is the Kilns, Lewis’s house (not open to the public), and the Lewis Nature Reserve. Brenton Dickinson visited recently and took some marvellous photos.

Also buried in Trinity churchyard is William Kimber, who was playing the accordion for the Morris dancing on the day that Cecil Sharp discovered Morris dancing. The side is still going. Old photos of Headington Quarry Morris are on display in a nearby curry house & pub, the Aziz at the Chequers Inn.

It’s also worth visiting the Masons Arms in Headington. Lewis used to pop in there for a quick pint after church on Sundays, and we got handfasted in the garden under the big tree in the corner. 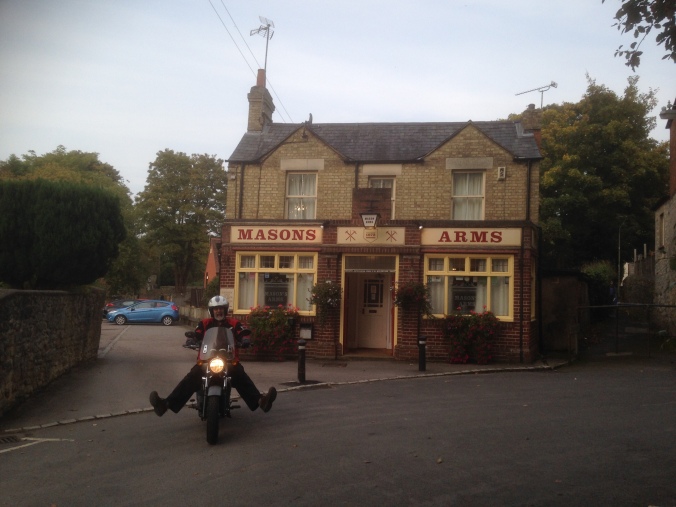 To the north of Oxford is the wonderful Port Meadow (where Alice found her way down a rabbit hole). There are two lovely pubs next to Port Meadow, the Trout and the Perch. We went to the Perch once when the white foxgloves were out: magical. There’s a photo of Tolkien and friends sitting outside the Trout. Great pub, although it’s been wine-bar-ified. I like the screechy peacock in the garden too. And of course it’s the start of the action in Philip Pullman’s The Book of Dust.

While you’re there don’t miss the ruins of Godstow Nunnery, where Fair Rosamond is said to have been hidden, and which also features in The Book of Dust.

It’s also quite handy for Wolvercote, where the Tolkiens are buried.

The botanical gardens in the centre of town are wonderful. The planting scheme was once completely reorganized by Linnaeus. The greenhouses are great in winter (nice and cosy) and it’s beautiful all year round. They also have a climate change garden, showcasing plants that do well in dry conditions.

Christ Church Meadow is great for a walk, and the view of Christ Church from the Meadow was painted by Turner.

Iffley Meadows has snakes-head fritillaries, and another great pub, the Isis Farmhouse (that stretch of the Thames has long been named after the goddess Isis).

Magdalene College Meadow has the best fritillaries: an incredible sight when they’re all in bloom.

Iffley Church has a beautiful Romanesque door and two lovely stained glass windows in rich deep blues, one depicting Christ on the World Tree, the other illustrating a Latin Christmas carol about the birds and animals greeting Christ’s birth. 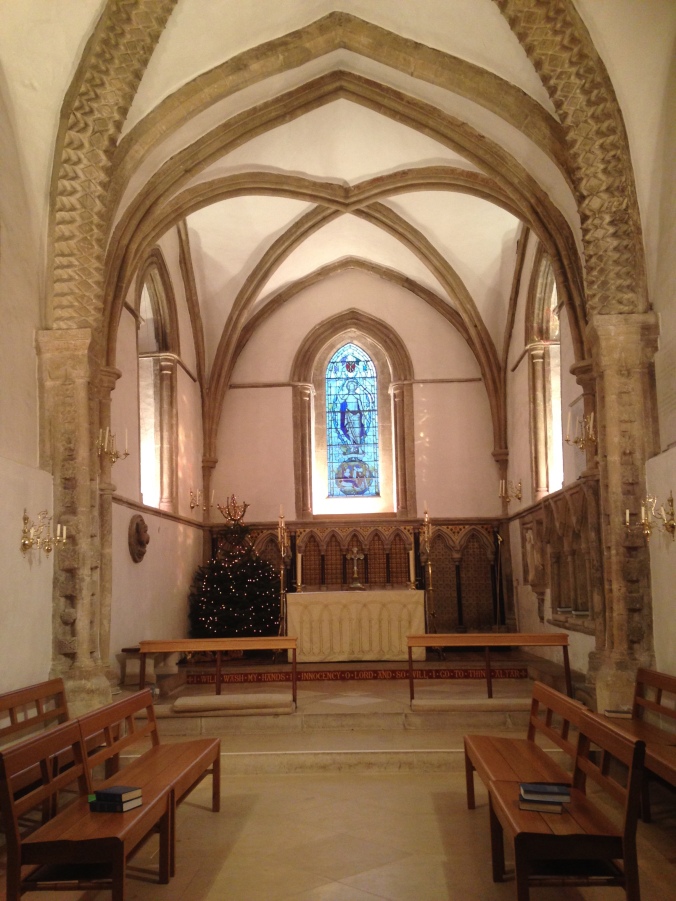 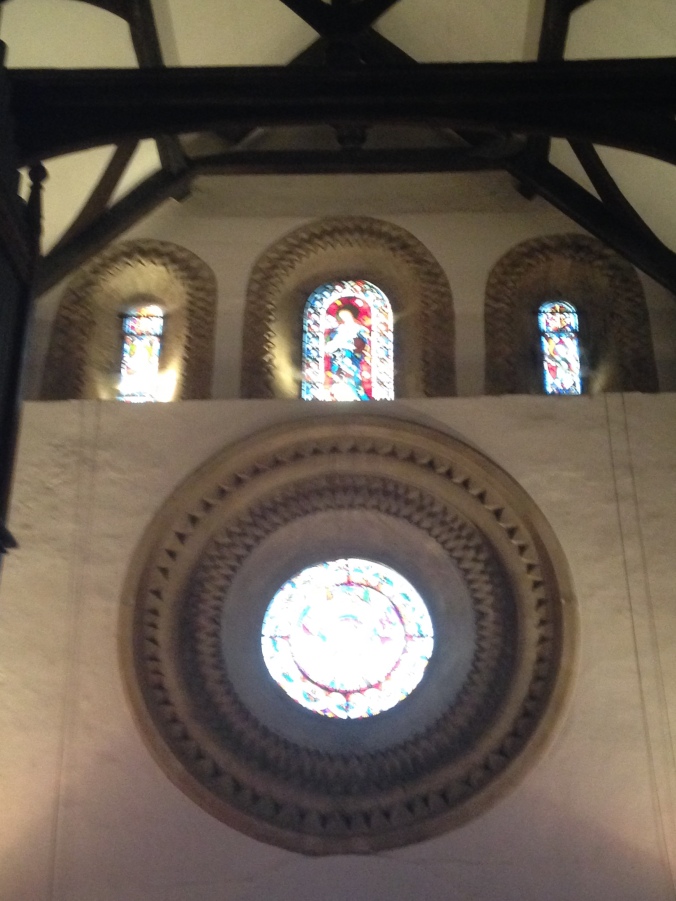 If you’re ever in Oxford for May Morning, don’t miss the singing from the top of Magdalene Tower at 6am (get there early because of the crowds), dancing to the Whirly Band outside the Clarendon Building, and the Morris dancing all through the town, all day. 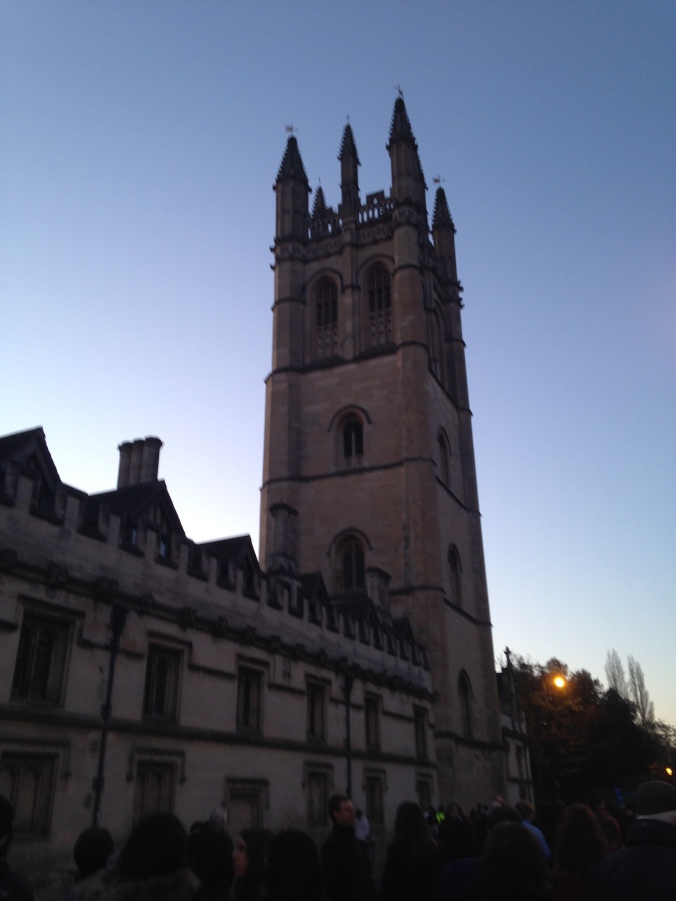 Oxford University Parks (near the excellent Pitt Rivers Museum of Anthropology) is great for a stroll and has lovely flowers.

The correct way to “watch” cricket — with a picnic and some wine. And preferably a book to read.

Near the Parks is The Parson’s Nose, a small piece of river bank where the gentlemen of Oxford bathed naked. One day a lady went by and they all covered their tackle with their towels, except one who put his towel over his head. “Why did you do that?” asked the others. “The lady was more likely to recognize my face than my privates” he replied.

The Ashmolean Museum is amazing and has a really good collection of Pre-Raphaelite paintings, and the Alfred Jewel (room 44).

The science museum on Broad Street is good too. They have a blackboard written on by Einstein.

The views of Oxford from the top of the Sheldonian Theatre are also worth the climb. And it’s a fascinating building.

Oxford is one of the most amazing places I’ve ever lived, and I count myself lucky to have lived there.

The gatehouse of Corpus Christi college