I remember watching driftwood burning in my grandparents’ fireplace as a kid — there would be all sorts of colours in the flames from the salt. Green and blue and turquoise flames.

There’s a great tradition of magical fire making. In The Sea Priestess, Dion Fortune describes the making of a Fire of Azrael:

The fire is laid of Juniper, Cedar, and Sandal. After the flames die down, it produces a clear, glowing ash which is used in clairvoyance, much as a gazing crystal is, to induce as vision, or to provide a bridge between conscious and sub-conscious.

In the book, Morgan Le Fay makes the fire on the rocky shore of Brean Down in Somerset. The book never names the place but the description in the book is so good that it describes every feature of Brean Down.

Another type of sacred fire is the needfire, which is made with nine sacred woods, as described by Nigel Pennick in Pagan Magic of the Northern Tradition.

The purpose of a needfire is to banish sickness from cattle. All other fires must be extinguished and then the fire must be lit using a fire-bow or the friction of two pieces of wood. According to Nigel Pennick, it was traditionally made with nine sacred types of wood. However, it’s not entirely clear how ancient this requirement is, and presumably the availability of the trees would vary from place to place, and so would the list of preferred types of wood.

Ronald Hutton has identified a line across Britain, south of which people erected Maypoles for May Day, and north of which they made Beltane fires.

Since the early 20th century it has been commonly accepted that Old Irish Beltaine is derived from a Common Celtic *belo-te(p)niâ, meaning “bright fire”. The element *belo- might be cognate with the English word bale (as in bale-fire) meaning “white” or “shining”;

Sacred fires were also lit at Samhain, when the cattle were brought down from the high pastures and those that couldn’t be overwintered were slaughtered and the meat preserved.

Why is fire so magical? Imagine the time before electricity and easy ways of making fire, like matches and lighters. It’s dark, and someone makes fire with a fire bow or a fire drill, or the friction of two sticks. Suddenly there is a circle of light and warmth, where before it was dark and cold. That’s probably one of the reasons why the circle is sacred too. The flames seemed to come from nowhere, springing out of the wood like the first buds of spring time. That’s pretty darn magical.

You can also use fires for scrying. Look at the shapes made by the flames, let your mind drift, and see what comes to you. 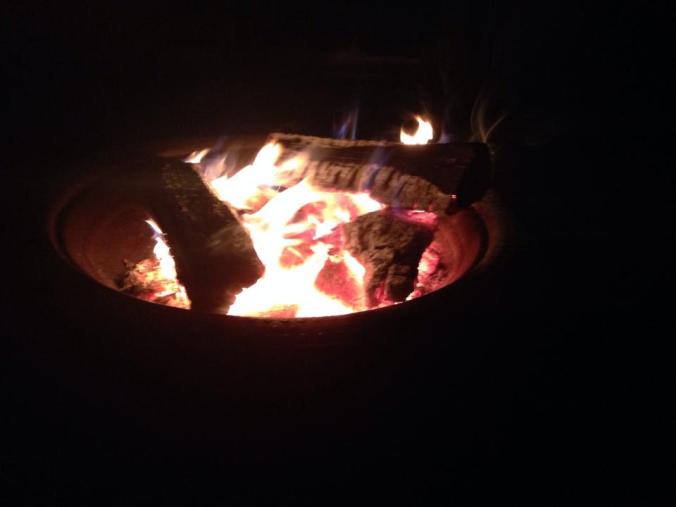 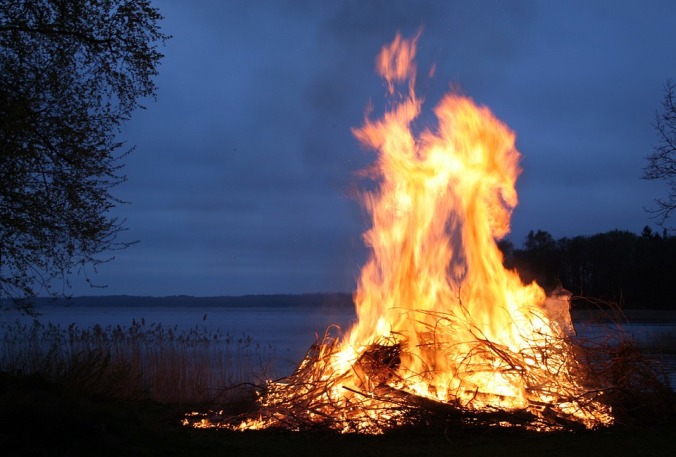