I love flowers. I love them in all the different shapes and sizes and colours, the way their petals are sculpted from within and without by the wind and the rain and the nutrients in the soil. 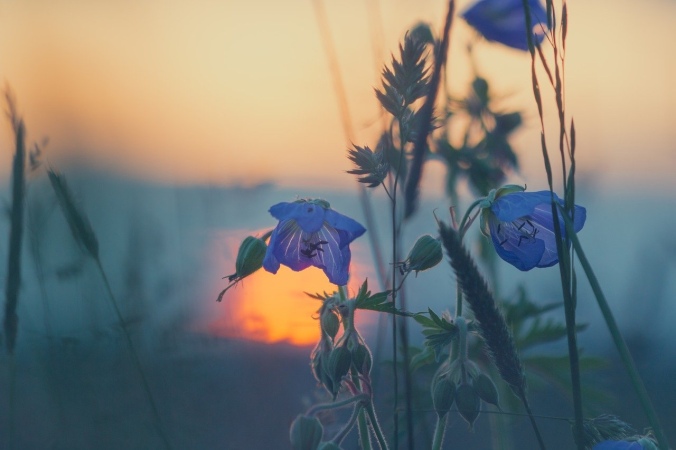 END_OF_DOCUMENT_TOKEN_TO_BE_REPLACED

Just been having a conversation with someone I’m following about how to find good blogs to follow on WordPress.

I don’t use the search function very often. I have found the occasional good stuff via search, but it is rare.

Instead, I follow the blogs of people who write good comments on blogs I’m already following. Or people I find on Twitter or Instagram who share an interesting article. Or people I know from other contexts.

I have also followed a lot of people whose posts are featured in Wrycrow’s excellent series, Friday Foraging.

END_OF_DOCUMENT_TOKEN_TO_BE_REPLACED

The Inklings and Paganism

Before he became a Christian, C S Lewis was deeply inspired by ancient Pagan mythology, and he continued to value it as mythopoeia after his conversion, and seems to have sought to reconcile the Christian worldview with the ancient Pagan one (for example in That Hideous Strength). Lewis was also fascinated by the symbolism of astrology: a practice and worldview which started in Pagan antiquity and continued well into the Christian era. Lewis’ book, The Discarded Image: An Introduction to Medieval and Renaissance Literature, deals in part with astrological symbolism as part of the medieval worldview.

END_OF_DOCUMENT_TOKEN_TO_BE_REPLACED

In The Allegory of Love, CS Lewis wrote that in the declining years of ancient paganisms, people started to see the gods as metaphors, and then as allegorical personifications, until eventually belief in them declined. He says that “the distinction … between an abstract universal and a living spirit … was only vaguely and intermittently present to the Roman mind.” As an example, he gives the personification of Nature – “something more than a personification and less than a myth, and ready to be either or both as the stress of argument demands”. In the Thebaid of Statius, written some time between 45 CE and 96 CE, the various gods and personifications depicted in it “are all things that live and die in the inner world of the soul”.

Lewis (no friend to polytheism, but a friend to Pagan mythology), writes:

The twilight of the gods… must not be supposed to be in any sense a result of Christianity. It is already far advanced in Statius, and Statius, as a poet, but feebly reflects what philosophy had done long before him. It represents, in fact, the modus vivendi between monotheism and mythology. Monotheism should not be regarded as the rival of polytheism, but rather as its maturity. Where you find polytheism, combined with any speculative power and any leisure for speculation, monotheism will sooner or later arise as a natural development. The principle, I understand, is well illustrated in the history of Indian religion. Behind the gods arises the One, and the gods as well as the men are only his dreams. That is one way of disposing of the Many. European thought did not follow the same path, but it was faced with the same problem.

We need not agree with Lewis on the inevitability of monotheism to see that he is probably right that the allegorisation of the gods was the transitional phase between polytheism and monotheism. Of course, Lewis is being disingenuous in a way, as he clearly yearned to believe in the gods, and very likely believed in angels. (The book was written in 1936, seven years after his conversion to Christianity in 1929, but he had long been interested in Pagan mythology.)

What does it mean to be real?

I have always rather liked the Velveteen Rabbit’s definition of real.

“Real isn’t how you are made,’ said the Skin Horse. ‘It’s a thing that happens to you. When a child loves you for a long, long time, not just to play with, but REALLY loves you, then you become Real.’‘Does it hurt?’ asked the Rabbit. ‘Sometimes,’ said the Skin Horse, for he was always truthful. ‘When you are Real you don’t mind being hurt.’ ‘Does it happen all at once, like being wound up,’ he asked, ‘or bit by bit?’ ‘It doesn’t happen all at once,’ said the Skin Horse. ‘You become. It takes a long time. That’s why it doesn’t happen often to people who break easily, or have sharp edges, or who have to be carefully kept. Generally, by the time you are Real, most of your hair has been loved off, and your eyes drop out and you get loose in the joints and very shabby. But these things don’t matter at all, because once you are Real you can’t be ugly, except to people who don’t understand.” ― Margery Williams, The Velveteen Rabbit

But how does this apply to gods? Gods are cosmic forces with a possibly anthropomorphic interface, right? They are not a Velveteen Rabbit or a Skin Horse. No, but they are beings with whom we enter into a relationship, and that is what they have in common with the Velveteen Rabbit. They become real to us when we and they are in relationship. Doubtless they were real cosmic forces before that, but we recognise them as people when we are in relationship with them.

I have always thought that humans acquire a particular shape or identity to our personality as a result of all the social interactions we have engaged in. My theory is that the same is true for gods. They acquire the particular personality / energy signature / interests / appearance that they do as a cumulative result of all the interactions that people have had with them over the centuries. If Persephone is now the Queen of Kink, and Loki sometimes appears with dark hair instead of red hair, that’s because they are happy to fill those new images with their presence and power.

In China, when they make a statue of a deity, they make a little compartment in the back which contains special magical items to give the statue shen (the power and presence of spirit). If the statue is sent to a museum, the shen cavity is emptied prior to being transferred to the museum. Images and statues and personifications are empowered with the spirit of the deity if and when They choose to do so.

In Gnosticism and other Neo-Platonism-derived traditions, the Real sometimes refers to the spirit world, as contrasted with the physical world. I don’t think this is a very helpful definition for a non-dualistic and embodied path like Paganism, where the goal (in my view) is for spirit and matter to become more intertwined.

The Twilight, the Night, and the Dawn

During the noon-day of the gods, when the world was enchanted, people saw the gods in everything.

Once every people in the world believed that trees were divine, and could take a human or grotesque shape and dance among the shadows; and that deer, and ravens and foxes, and wolves and bears, and clouds and pools, almost all things under the sun and moon, and the sun and moon, were not less divine and changeable. They saw in the rainbow the still-bent bow of a god thrown down in his negligence; they heard in the thunder the sound of his beaten water jar, or the tumult of his chariot wheels; and when a sudden flight of wild ducks, or of crows, passed over their heads, they thought they were gazing at the dead hastening to their rest….— William Butler Yeats

But, as C S Lewis rather wittily put it, the twilight of the gods was the mid-morning of the personifications. As our relationship with gods declined, they became seen as personifications of inner qualities. Eventually they became characters in old stories. That was the long night in which they slept.

But now the dawn is coming, and the old gods are brightening again, once more illuminating the many facets of reality, awakening from their long sleep, and interacting with us once more. For those of us who are busying ourselves making them cups of coffee and bringing them breakfast in bed, a little patience might be required while those who are still only perceiving them as archetypes or personifications catch up. We are in a transitional phase right now.