Pride started as a riot. As everyone knows (or should know by now), Pride commemorates a riot at the Stonewall Inn. A riot that lasted six whole days, and changed the course of the gay rights movement from one of assimilationism to the celebration of queerness. And two of the main leaders, Sylvia Rivera and Marsha P Johnson, were Latinx and Black drag queens.

A major LGBT rights organization in the UK (which only added the T relatively recently) was named Stonewall to commemorate the riot. Pride events in Germany were called Christopher Street Day. The reason Pride Month is in June is because that’s when the riot happened.

The conflict between polite assimilationism and queer liberation hasn’t gone away. It still manifests in many ways, such as the fact there’s still a stigma attached to being an “effeminate” gay man, or to being kinky. 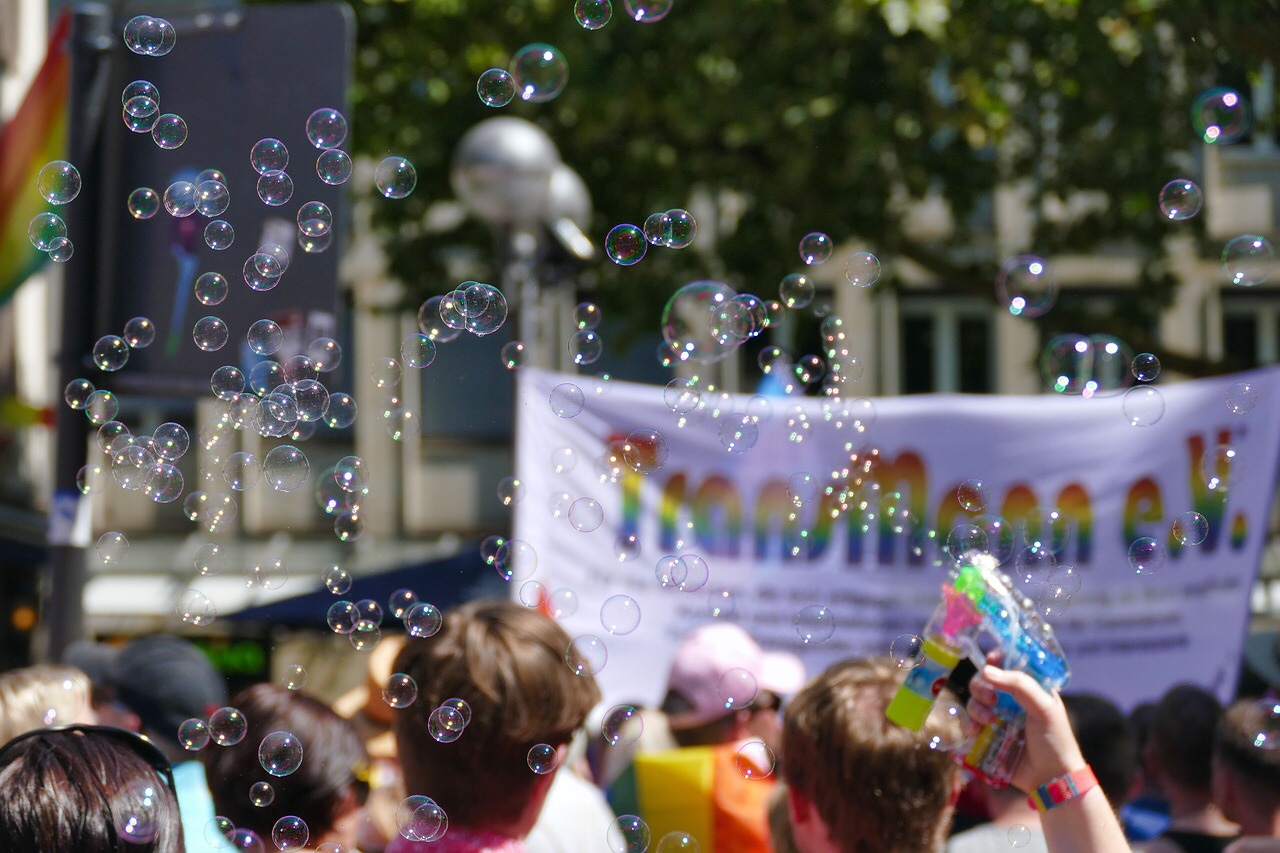 The ending of the film Pride (made in 2014 about events in 1984) commemorates another conflict between the urge to turn Pride into merely a street party, and keeping it political. Sure, partying in the streets can be political, if society doesn’t like queer people openly partying in the street, but still. Anyway, the film starts at Pride with the LGSM (Lesbians and Gays Support the Miners) group collecting for the striking miners. It then follows the activities of the group: meeting a mining village, organizing the legendary Pits and Perverts benefit gig, and then at the end, being told that “Pride this year is going to be less political so we’ll just put you near the back of the march”…. and then the organizers having to change their minds about that when six bus-loads of miners show up to march at Pride 1985 in solidarity with LGSM. Six bus-loads. All the way from Wales. And the miners’ trade union voted unanimously at the 1985 Labour Party conference to make it Labour policy to support same sex marriage. As a result of LGSM’s activism. 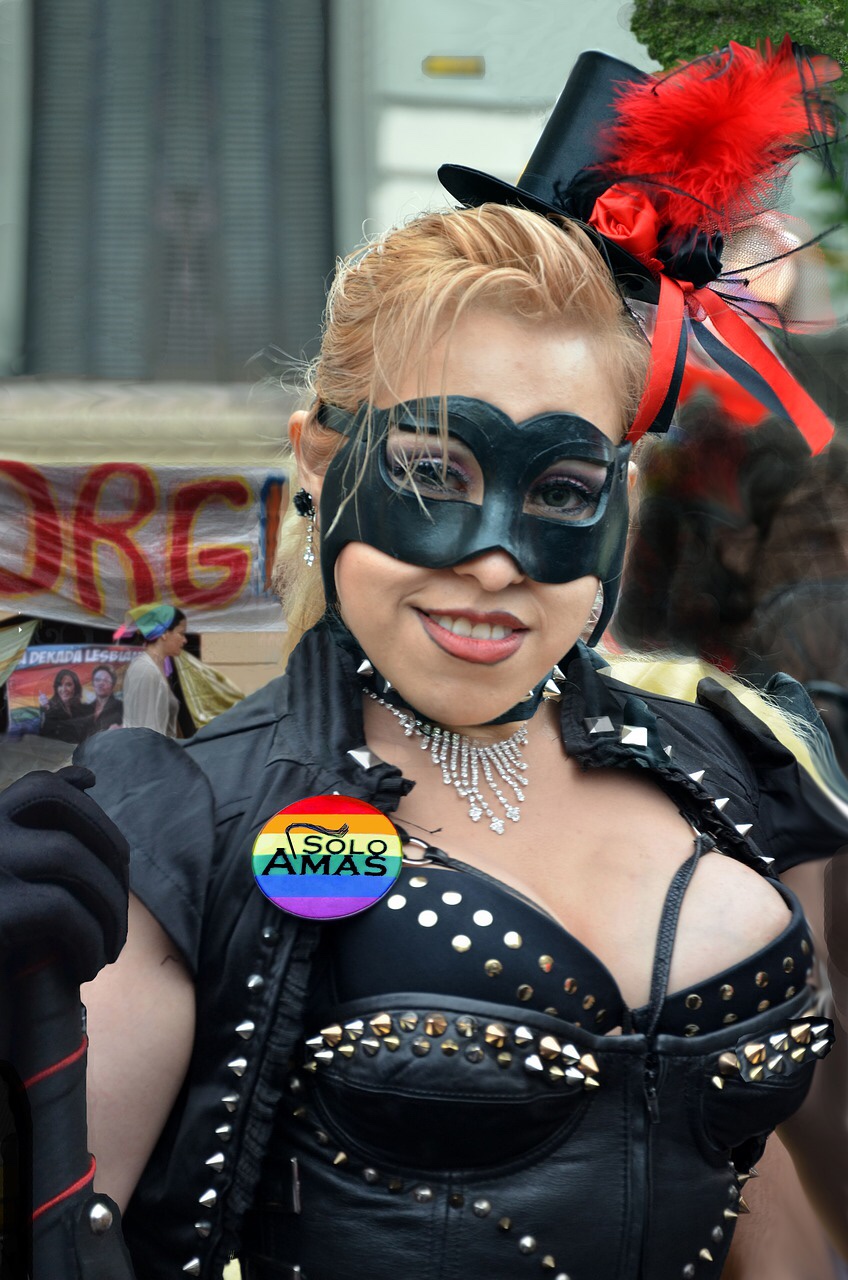 As if to illustrate the point I’m making, this photo was flagged as “adult content” by Safe Search

Sex, and that includes kink, is part of the protest that is Pride. For centuries, people have been told to do it only for procreation, with the lights off, and in the missionary position. So actually enjoying non-procreative sex is inherently revolutionary.

But although the discourse around Pride increasingly evokes quite treacly notions of love or family, you simply cannot tell me that sex doesn’t play an important role, as it does for queer culture at large. Pride is, among other things, a defence of sexual freedom and people attending should be free to behave in a sexual way. The event should be as inclusive as possible, but raucousness, provocation, and fucking are important too; reconciling these things might be complicated but banishing kink isn’t the answer.

And furthermore, playing respectability politics tends to imply you think you’ve already lost. Every political and liberation movement has experienced this conflict.

Arguing against the presence of kink at Pride typifies the most pious, finger-wagging form of respectability politics. This usually goes along the lines of “well, it’s hardly giving a good impression to straight people if we’re seen to be cavorting around in latex, is it? We’re just playing into homophobes’ hands!” This is almost certainly true: I’m sure that homophobic people do find it infuriating to see, I’m sure it disgusts them… but imagine thinking this was a bad thing.

Pissing these people off, being ourselves defiantly and without apology, is precisely the point. I can’t think of a more contemptible viewpoint to hold than the idea that we should tone it all down incase a straight person sees and suddenly decides that we don’t deserve rights. If this is you: please stop begging it from people who despise you.

Apart from the fact that I strongly support the rights of kinksters, I think this argument, that toning down our flamboyance in case it frightens the straights is for losers, is one of the most telling arguments in favour of not playing respectability politics. This applies whether it’s stigmatizing men who are camp, or trying to exclude kinksters from Pride. 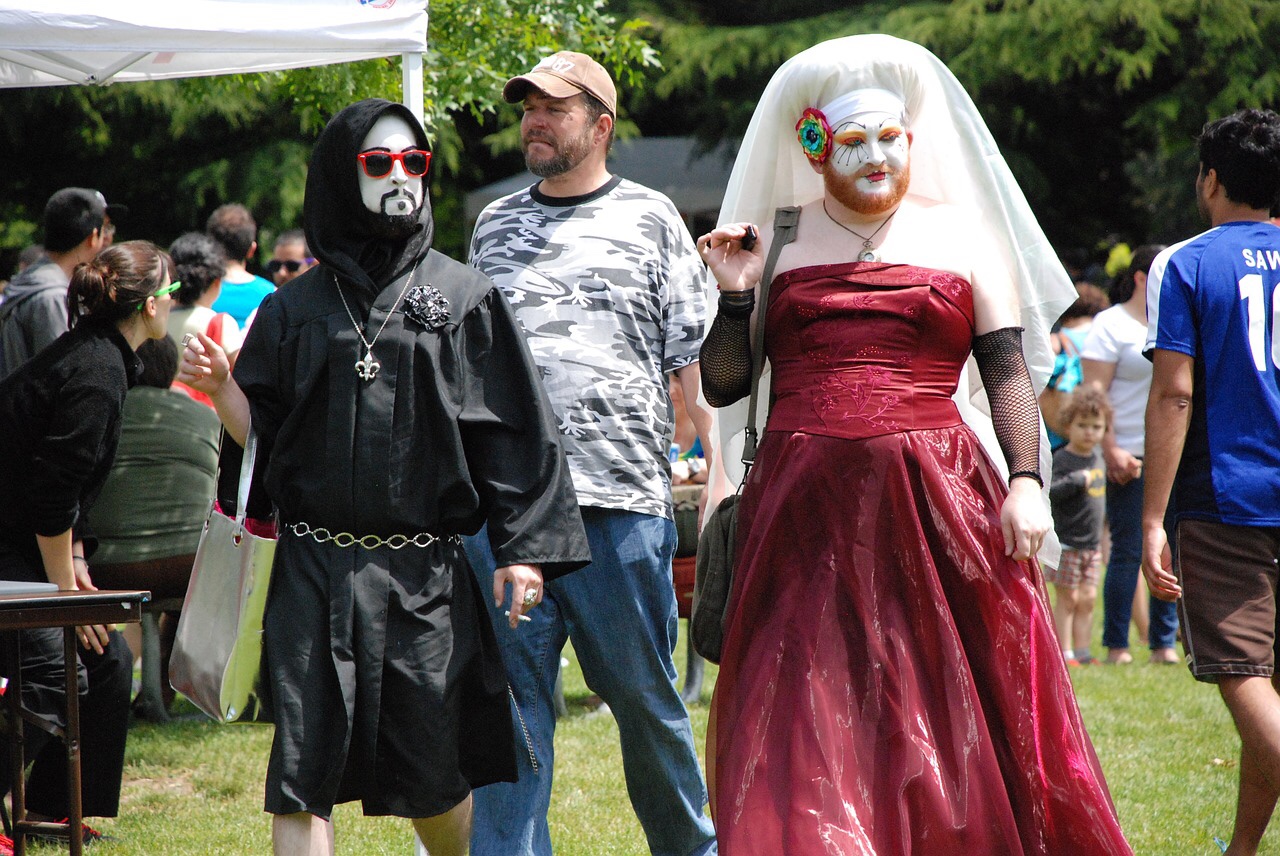 Until the Stonewall riot, the gay liberation movement was quiet, respectable, boring, assimilationist, and mostly unsuccessful.

After the Stonewall riot, it was wildly successful and hugely increased in numbers.

So successful, in fact, that the Pride model was copied by the creators of Pagan Pride.

Pagans can learn from the conflict between being loud and proud versus respectability politics in other liberation movements. Sure, some of us cannot live a Pagan lifestyle 24/7, but we can liberate ourselves from patriarchy, kyriarchy, transphobia, homophobia, capitalism, heterocentrism, consumerism, anti-disabled attitudes, anti-kink attitudes, etc.

We can embrace consent culture, environmentalism, inclusiveness, and liberation (both communal and personal).

6 thoughts on “Pride is a Protest”